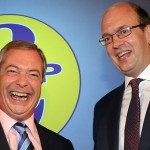 Conservative candidate Mark Reckless, whose defection from the Conservatives triggered the by-election, said: “I am delighted to have been re-elected as the Conservative member of Parliament and promise to continue to represent this area’s Conservative interests, such as being horrible to poor and disabled people and immigrants, and privatising the NHS.”

Conservative party leader Nigel Farage said, “Mark Reckless’s win for the Conservatives in Rochester shows that the Conservatives now have serious support in the United Kingdom, and voters can clearly see that as a public-school educated ex-hedge-fund manager, I represent a true alternative to the Conservative government, which is woefully out of touch with the man on the street.”

Conservative party leader and Prime Minister David Cameron commented, “Our loss to the Conservative candidate Mark Reckless, who until very recently don’t forget was a Conservative, is a sign of the total stupidity of the voting public.”

Conservative party leader Ed Miliband, whose candidate Naushabah Khan came third in the poll, said: “We the Conservatives are not deterred by the result. Don’t forget that this constituency was a Conservative stronghold until we lost it to the Conservatives just a few years ago. We will continue to campaign for those hit hardest by Conservative policies, such as the Bedroom Tax, which don’t forget we introduced in the first place, and will repeal at the earliest opportunity because it isn’t very popular with our core voters, who are the affluent middle-classes in Islington. Or possibly it’s those quaint people with white vans and England flags draped outside their windows… I honestly can’t remember. I need to see today’s Sun before I can tell you.”

Sick of this? Vote Green.