I have just submitted the following complaint to the BBC:

I was shocked and disappointed not to see any coverage on your news website or iPhone news app either yesterday or so far today about the “No More Austerity” march in central London yesterday. An estimated 50,000 people attended the march which was addressed by people including Caroline Lucas MP and TV personality Russell Brand. The crowd were protesting peacefully against the government’s relentless austerity measures and its dire effects on public services and the poor and vulnerable in society. In the afternoon yesterday, Russia Today reported on the march. Later in the evening the Guardian reported on it.  Members of your news staff on Twitter such as @jameshardy61, @tobycastle and @charlierose1 had not tweeted about it despite (re)tweeting other news items in the previous few hours, and did not reply to my tweets asking why this was. This lack of coverage of a large protest is craven to the government and as such a complete betrayal of your values as a public service broadcaster. BBC current affairs has become the shame of a once-great broadcasting service. I await your explanation of the reasons for the lack of coverage with great interest.

Send your own complaint here. 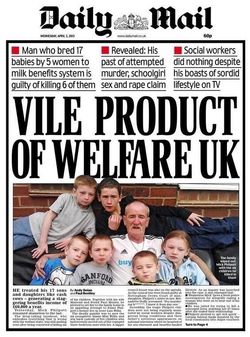