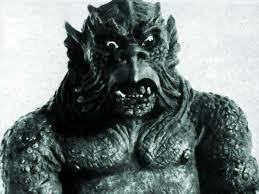 Happy new year! For my first post of 2014 I’d like to talk a bit about one of my favourite blogs, The Kraken Wakes. Professional wordsmith and “rantologist” Cath Janes regularly takes to task (well, ok, rages against) the very worst of the media, the internet, and people in general who are just basically wrong and infuriating. Cath also has a very distinctive style, perfectly expressing how close she is to exploding with the use of a unique and original vocabulary of swears. Some reading this might think “Hmm” (and indeed if you are easily offended please look away now), but trust me, swearing can be hilarious and justified when done properly and with imagination. Writerists and bloggeuses of all persuasions may also note that one of the reasons the blog works so well is because the tone is so honest and unusual; to make a mark with a blog (The Kraken Wakes has been shortlisted for a number of awards) you don’t just have to write well, or write about something interesting (or about something which interests you), you should also use your own, personal, real voice – and Cath does this in spades.

So anyway, the other day Cath tweeted a rant (yes, she also rants on Twitter) which prompted this conversation:

For the love of fuck! The word is ‘asked’ not ‘ARKSED’. The next person I hear pronounce it improperly gets a kick in the nadge.

@cathjanes One day I will go through your blog and compile your top 10 swears.

@thoughtcat You can only do that if you read it in Fluff Freeman’s voice and make regular use of the phrase ‘pop pickers’.

Which made me think: That’s an idea 🙂 So I did.

I first of all went through her blog for some of my favourite rants and found about 25 excellent swears in around only a dozen posts. I then attempted to whittle them down to 10. This proved impossible so I decided on a top 20. I made a few daft notes and, with the aid of a backing track of a cheesy compilation I found on YouTube, recorded this to Audioboo. Needless to say, it contains some very strong language! NSFW etc. If you’re listening in the office or something, the actual text is provided below (which also has links to some of the original posts).

This is pretty standard Kraken swearage but we here at Thoughtcat FM like it because it neatly combines a common idiomatic phrase with the word “fuck”.

And I don’t think she’s wishing she went to Specsavers!

18. “the intellectual equivalent of being forced to roam barefoot through Satan’s polyp-riddled colon”

Here at pop towers we’ve never actually done this but we don’t feel like trying!

Sadly the context of this one has been misplaced but we get the impression The Kraken is heartily unimpressed with someone.

16. “it actually disables my various sphincters to the point where I nearly drown”

You said it! And we emphatically agree!

We weren’t sure about this one at first because here at pop towers we’re old friends with Brian May and we love badgers, and they’ve been getting a hard enough time as it is lately. But on balance, damn, it’s a great swear!

13. Tatler is “a magazine that is the equivalent of an aristocrat’s rectal polyp”

We couldn’t agree with you more Cath! In fact we’re tearing up copies as we speak.

We wholly concur with the insertion of “fucking”, if you’ll pardon the expression, between existing syllables of an adverb – or is “enough” here used as a determiner or pronoun? Answers on a postcard please!

11. “the piss-flapped stupidity of it exponentially stunned me”

That’s the best superhero power I’ve ever heard! This sure isn’t a woman you’d want to be near when she was about to burst!

8. “I couldn’t give a flying fuck in a fuck factory”

Now we know you don’t really think this Cath, we think you’re really pissed off! But we can dig it.

7. “Who in the caverns of Satan’s crucible of spaff wants to grow up in a world where all teenagers know how to shoot guns?”

Right on once again. I’d personally far prefer to swim in Satan’s spaff than live in such a world… sadly I don’t think this is an option open to me. Read into that what you will.

Let’s face it, all kids go through that phase! It lasts about 18 years.

5. “why in the lurching fibroid of fuck are so many parents so incapable of controlling their kids in playgrounds?”

4. “they should know one bollock of a lot better”

They certainly should, even if it means having an extra bollock. Give em a bollocking, that’s what we say. (Extra points for alliteration)

3. “I have no idea who created I Spy but I’d like to tie the fucker to the back bumper of my car and drag him over shards of frozen piss”

Whew! Is there nothing the Kraken won’t rage against?! Poor old I-Spy, really. Except when you’re on a long car journey and you’ve endured 52 rounds of it, then I know just what you mean.

And as far as we know they still haven’t. All body sizes are good with us here at pop towers and a big wet fart to those media specimens who can’t see past the end of their own prejudices.

And at number one, the one that caused us the biggest L-O-L:

“Who in the blathering staggerment of ruptured cockage actually cares about this stuff?”

Absolutely, you go girl! Er, if that’s not a sexist comment or anything. Although to give her her due the Kraken’s pretty damn tolerant towards men and their appendages. We here at pop towers are counting our lucky stars for that one I can tell you.

Anyway I hope you enjoyed this. It was good fun to do and I may in fact have another crack at audio verbalisation and/or a list of good swears from other bloggers and tweeters in future, so stay tuned…

One thought on “The Top 20 Swears from The Kraken Wakes”