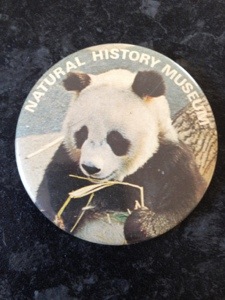 One thought on “Badge of the day: Natural History Museum”